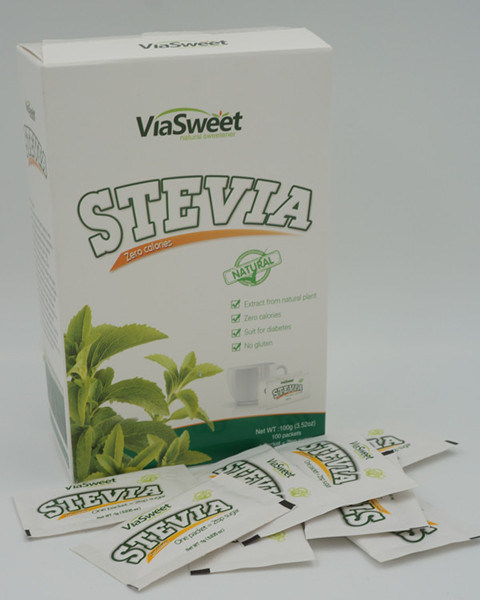 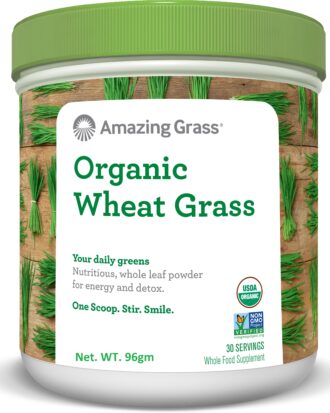 The market is saturated with low-calorie sweetening alternatives, most of them man-made and artificial. However, there are a few natural sweeteners on the market as well. Stevia, a type of herb, offers a sweet taste and is completely natural, making it a viable option for a sugar substitute. In addition, this zero-calorie sweetener has also been linked with a number of potential health benefits.

Stevia is one of the only natural forms of a sugar substitute available on the market. Since it is completely natural, it does not offer up the same side effects seen in some artificial sweeteners such as headaches, dizziness and other more serious conditions. Multiple review studies have been done, showing no link between Stevia and any adverse effects on health(1, 2).

Type 2 diabetes, characterized by elevated blood sugar and insulin resistance, has escalated as one of the leading health problems in today’s world. Stevia has been linked to improved diabetic outcomes in multiple research studies. In one study, type 2 diabetic patients who consumed stevioside, a sweet compound isolated from Stevia, saw a reduction in blood sugar by about 18% (3). Other studies have shown that this same compound may also increase the production of insulin, in addition to making cells more sensitive to its effects.

Stevia is about 40 times sweeter than regular sugar, meaning that you can use much less of it to achieve a similar amount of sweetness. Because of how little has to be used, Stevia is considered a zero-calorie sweetener, making it a great substitute for sweets, tea, coffee and other foods and beverages. Individuals who have used Stevia in their diets have claimed that it has been effective in curbing their appetite and craving for some higher-calorie foods. Preliminary research has suggested that Stevia may interfere with the hypothalamus, ultimately curbing the hunger sensation. However, future research must be done to confirm these theories.

From soothing an upset stomach and indigestion to relieving heartburn and high blood pressure, Stevia has been linked to helping a wide variety of other health concerns. This natural sweetener has also been proposed as a possible aid in the treatment of osteoporosis, with some animal studies showing its potential influence on calcium metabolism and bone density. The application of Stevia on cuts and wounds has also been shown to help with pain relief and skin rejuvenation.

Overall, the potential benefits of Stevia seem to be far-reaching. While a majority of the claims have yet to be proven through scientific research, this sweetener still remains a viable and safe sugar alternative. Stevia is now available at most grocery stores in the form of a granulated sugar or powder, but can also be found at most organic grocery and herbal food stores in the form of sugar tabs, flavored liquids and raw, dried leaves

Back to Top
We use cookies to ensure that we give you the best experience on our website. If you continue to use this site we will assume that you are happy with it.
Read more Accept